Battle Pass mechanics from A to Z. Part III  

What other ideas could increase Battle Pass sales?

In this example, the developers emphasize the profitability of the more expensive version of the pass through:

Above is a good example of actual sales magic for the following reasons:

Here the developers offer cheap pass progression bundles. It can work particularly well for players who have yet to receive all the rewards by the end of the season. At the same time, such players will not buy big bundles 2-3 times more expensive than the pass itself, and buying a simple Battle Pass progression does not look relevant and attractive. They offer a 90% discount here — this is a strong argument: even if, in actuality, it is lower, it still exists. Direct purchase of 720 experience points costs $10, while in the bundle it 3x cheaper!

Another interesting solution is the possibility for players to purchase experience as a gift. And this works well in social games! Buying gifts will give you up to 10% additional spending on all pass-related sales.

Why is this interesting? Such purchases do not give the buyer progress and power, do not cannibalize their spendings and do not accelerate their progress.

So why would players need them? To use as an encouragement tool for active guild members; to give presents to their less wealthy friends. Sometimes these are purchases from the parents’ account for a child if payments are blocked on the child’s device.

This project, in our opinion, had three major problems:

These issues have since been addressed, and many changes have appeared in the newer versions of the pass: the purchase button is now lower on the screen, and the tasks button is closer and brighter; the slider for changing the weekly tasks is now clearly visible. In addition, the developers have added daily, weekly, and seasonal tasks and even duplicated the Battle Pass purchase button.

In Merge Dragons, although the final and most important reward in the pass are the two unique dragons, the focus of the Battle Pass is on another essence that players appreciate and are better acquainted with.

In addition, the premium part offers not only resources but also what can be called “perks” or bonuses, nice benefits for pass holders.

Clash of Clans has more bonuses to offer:

Supercell uses the Battle Pass to sell amenities and claims that it is more convenient to play with them than without.

It is an important point: if one uses the Battle Pass just to sell resources, it simply remains a good deal to exchange the player’s time for a higher discount. It is guaranteed to cannibalize the purchase of packages, so the purchases of the Battle Pass from active players will decrease over time. The sale of passes with bonuses creates the need for the player to buy them regularly, and restarting them back to back helps with that.

But what about players who do not buy Battle Passes? How can developers profit from them?

My.com uses this as an opportunity to improve Admon, an additional placeholder for video ads.

And what about players who get few rewards but are still willing to keep playing and buy progress?

A good example would be a competitive game format that employs a ranking system and takes into account the different progress levels of players: not everyone is in a hurry to increase the account level. High-paying users who do not want to level up can fight here, experience new emotions, and pay you for it, of course.

All projects solve the problem of leveling up in the pass in their own ways. Usually, they offer to get additional rewards when the player completes all the levels in the pass. These can be chests with a random reward or “lamps” like in the example above.

But buyers of the pass get mini-game quests indefinitely, while non-payers have to wait for each one.

So, what’s interesting here? The fresh emotions in each mini-game for the payers! Many of these mini-games include a leaderboard and may have additional costs.

What are some of the problems Battle Pass interfaces might have? 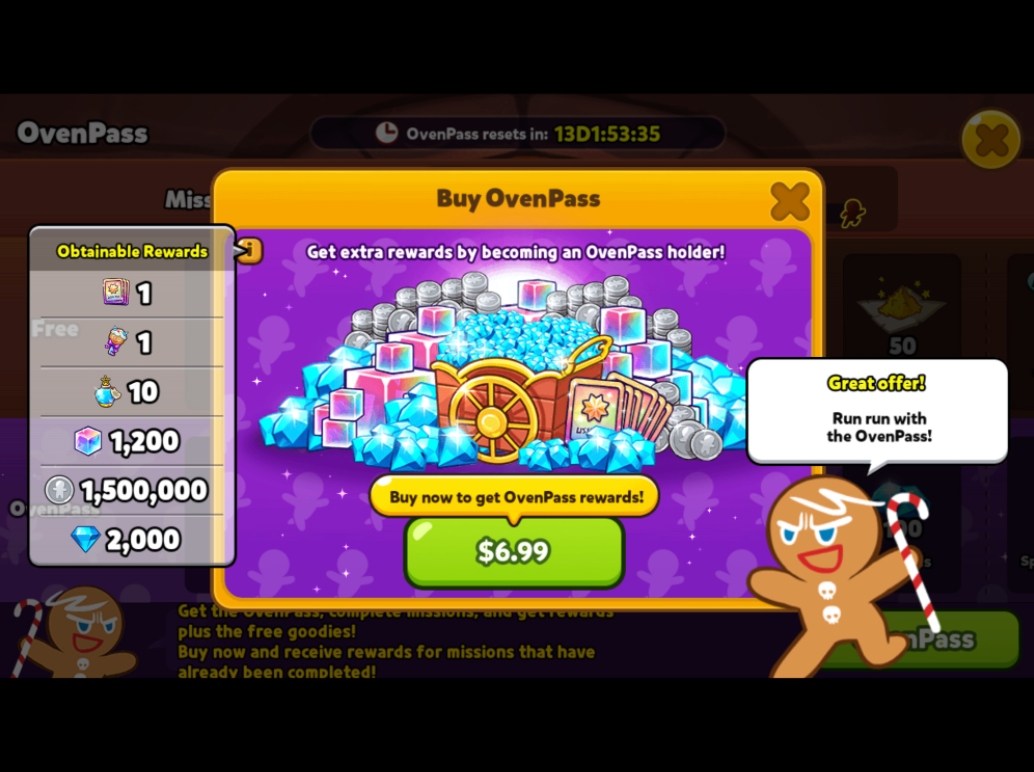 One common problem is in the presentation. How do you show all the rewards on one screen without overcrowding it? In the example above, the list is in a separate block.

Join the community & receive monthly summaries of our materials
Login
Category
How-2-IncYMo
Related articles
iINCYMO
Monetization of survival games
iINCYMO
Cooking Fever
We use cookies on our website to create the most effective website possible for our users. Read more here.
Approve
Sign up